Home > Blog > Food Capital of Italy – No Boloney in Bologna 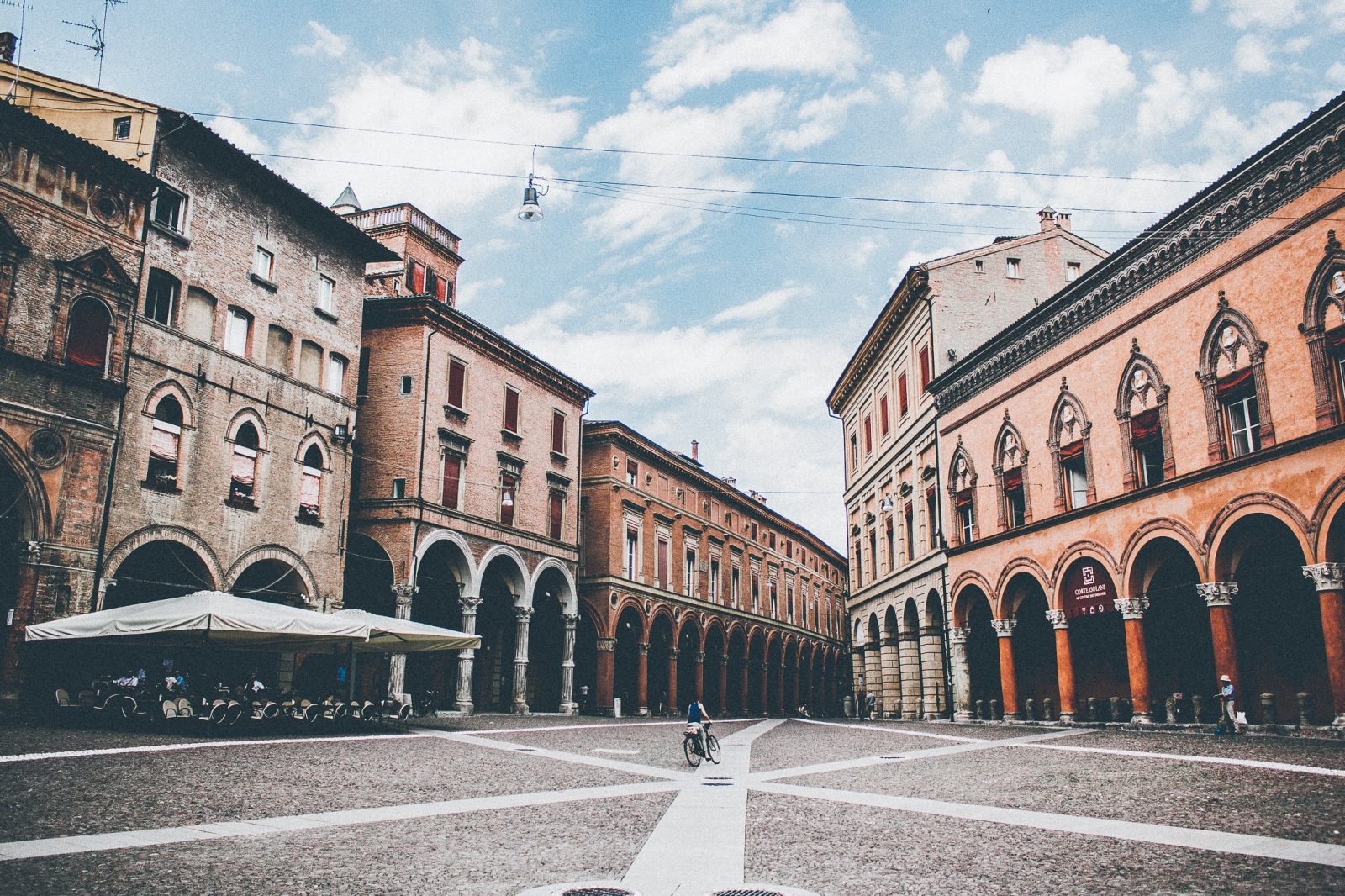 Italy is famous for its food. No matter which part of the country you visit, even the simplest food will taste really great. But if you are looking for some of the tastiest and most authentic Italian food the country’s gastronomic capital, the city of Bologna, is the best place to stay.

As the oldest university town in Europe, Bologna has always been a haven for creatives and the intellects. With its lavish porticoed squares and walkways, the city is famous for its beauty but also its sumptuous cuisine, making it an ultimate food destination in Italy.

Experiencing the food and wine of Bologna is a must for all foodies. There is more to the city than just its delicious food however, so if you’re planning a trip to this Italian city, this Bologna travel guide will come in handy.

Bologna is the capital city of the northern Italian region of Emilia-Romagna. Located just north of Florence and between the rivers of Reno and Savena, it lies at the northern foot of the Apennine Mountains.

Bologna is also the region’s largest city, situated in the heart of a metropolitan area. Since Bologna’s two main watercourses flow into the sea directly, the town lies outside the River Po’s drainage basin. Home to more than one million people, it’s one of Italy’s most populous cities.

How to Get to Bologna

Getting to Bologna is relatively easy, no matter where you’re coming from. The city’s regional airport, Bologna Guglielmo Marconi Airport, only serves flights coming from within Europe and the Middle East, so if you’re coming from the US, you may need to fly into a nearby airport and take another flight to Bologna.

When you arrive at the airport, you can take public transport to the city. You can choose to travel via a shuttle bus or monorail train. But a more convenient option would be to take a taxi.

Another option of getting to Bologna is by train. The city’s train station, Bologna Centrale, is located north of the city, at Piazza Medaglie d’Oro.

Bologna is part of a high-speed train network, which connects the city to Italy’s major cities. It can be reached in less than 40 minutes from Florence, about an hour from Milan, and around 75 minutes from Venice.

It’s also possible to get to Bologna by car. The city is well-connected to Italy’s major highways, so it’s pretty easy to reach. However, driving in the city centre can be tricky since you have to be careful not to enter prohibited areas. Much of the old town is part of the “Zona a Traffico Limitato” or “ZTL”, which you cannot access by car unless you have a special permit.

What to See in Bologna

Situated in the Galvani square, the Archiginnasio of Bologna is one of the most important buildings in the city and a must-see on your Bologna holiday. The library has over a million collections, some dating back to 1801. Meanwhile, the 17th-century Anatomical Theatre is built entirely of wood in a shape that resembles an amphitheatre. It was built for the anatomical lessons by a Bolognese architect, Antonio Paolucci.

One of the attractions that you must see when you visit Bologna is the impressive Oratory of Battuti. It’s a little house of prayer inside the congregation of Santa Maria Della Vita, a Baroque-style Roman Catholic Church in central Bologna.

Inside the Oratory are the statues of St. Proculus and St. Petronius, along with an assortment of elaborately designed baroque frescoes. It also features the work of Alfonso Lombardi’s Il Transito Della Vergine or “Death of the Virgin”, a life-sized terracotta sculpture that represents the twelve apostles around the Virgin’s tomb.

Piazza Maggiore is in Bologna’s main square and home to several magnificent medieval buildings. Located at the heart of the city, it has been the gathering place of locals for many centuries.

Here, you can marvel at the splendid façade of the Basilica of San Petronio, which is a beautiful example of Christian architecture. You will find several other Bologna attractions next to it, such as the Palazzo Dei Notai, Palazzo d’Accursio, the Clock Tower, Palazzo del Podestà, and finally, the Palazzo Bianchi.

Inside, you will find the Courtyard of Pilate with a marble basin donated by Liutprand and Hildebrand, the Kings of the Lombards. You will also find a museum within the complex, one of the best Bologna museums you can ever find. It has impressive displays of sculptures, paintings, and other important art pieces collected from various eras.

When people hear of the leaning tower, they immediately think of the Leaning Tower of Pisa. But Pisa is not the only Italian city that has a leaning tower. Bologna is also famous for its two leaning towers, the Garisenda and Asinelli.

The Garisenda Tower in Bologna leans at a whopping four degrees while standing alongside it is the Asinelli tower. Both towers make up the so-called “Due Torri” or two towers. These Bologna attractions are so famous and have become a popular meeting point for the locals that you’ll often hear them say, “let’s meet under the Two Towers.”

Best Things to Do in Bologna

Bologna’s Basilica of San Petronio is a popular attraction in the city. Located in the city’s main square, Piazza Maggiore, this basilica is the most beloved church in Bologna, named after Saint Petronius, the city’s bishop during the 5th Century who was later sanctified.

Even though the church’s construction started at the end of the 14th Century, it was only consecrated in the mid-20th Century. Meanwhile, the facade, which they started constructing during the first half of the 16th Century, remains unfinished because they could not agree on how to finish it.

Walk Through Portici to the Monte della Guardia

The best way to see the most popular Bologna attractions is to explore the city on foot. It’s a pedestrian-friendly city, so getting around on foot should be easy. So, if you’re someone who loves walking, then walk through Portici to the Monte Della Guardia.

The Portici di Bologna or “Porticoes of Bologna”, is almost 62 km long, 40 km of which is in the city centre. As you stroll through the city, you will come across different porticoes, from the wooden ones to the 14th-century semi-porticoes without columns.

The most popular of these porticos is the very high portico “Dei Bastardini” in D’Azeglio and the portico of Archiginnasio. You will find the widest portico in the Basilica di Santa Maria Dei Servi, designed around the end of the 14th century.

As you walk past the avenues, the long porticoed path via Saragozza will start, also the beginning of the most famous portico in the city. It will lead towards the Sanctuary of the Madonna of San Luca. From the first arch of porta Saragozza, you will arrive halfway to the Arco del Meloncello before going up to Monte Della Guardia.

The Bologna National Gallery has art collections made by world-famous Italian artists, including local artists. Here, you will find art pieces dating back from the 14th to the 15th century and a few art pieces from the Renaissance period. The gallery is open Tuesday to Sunday, from 8:30 AM to 7:30 PM.

Souvenir shopping at La Piazzola Market is one of the best things to do in Bologna at the weekend. It’s also a great way to gain insight into local life. La Piazzola is a historic market located in Piazza dell Agosto, north of downtown.

This open-air market has existed since 1251 and initially operated as a cattle market. It occupies a massive space and fills a huge area of the Piazza Mercato. With more than four hundred stalls selling a variety of goods, including handmade jewellery items, clothing, cosmetics, household items, and all sorts of local handicrafts. Even if you do not intend to shop, La Piazzola is a lively market with a vibrant atmosphere and is a great place to observe how locals go about their daily life.

As the food capital of Italy, enjoying local food is definitely the best thing you can do in Bologna. The city is home to several excellent restaurants, gelaterias, food markets, cosy cafes, and many other dining places where you can sample the tastiest Bolognese delicacies. If you’re lucky, you might even chance upon fun food events and culinary activities when you visit Bologna during the peak travel season.

The best place to get started with your food tour is the markets. Bologna’s food markets are a sight to behold, and you will find them in various places, from the crowded streets of Quadrilatero to the bustling neighbourhood behind Piazza Maggiore. These markets are packed with food stalls selling all kinds of local specialities, including cheese and cured meats, with entire legs of ham suspended at the ceiling beside the chandeliers.

After sampling all kinds of Bolognese dishes, treat yourself to some scoops of gelato. Bologna takes gelato very seriously and there’s even a museum dedicated to gelatos on the outskirts of the city.

For a cup of espresso, check out the city’s cosy cafes. The best place is Biblioteca Salaborsa, housed in a former stock exchange hall, where you can enjoy a cup of espresso underneath the extravagantly decorated ceiling.

One of the main reasons to visit Bologna is its lively atmosphere. It has a fascinating history and is home to elegant and beautiful medieval and Renaissance buildings.

Yet, it’s also a bustling modern city that is not very touristy. Although the city has plenty of tourist attractions, it’s not often swamped by tourists compared to other Italian cities.

But the best part about visiting Bologna is you will never go hungry. Almost every corner of the city has a place to enjoy local foods, and the locals take their food very seriously.

If you’re planning a holiday to Bologna and would like expert help and advice in planning a bespoke tour, get in touch and find out more about how our team can help plan the perfect Italian holiday. 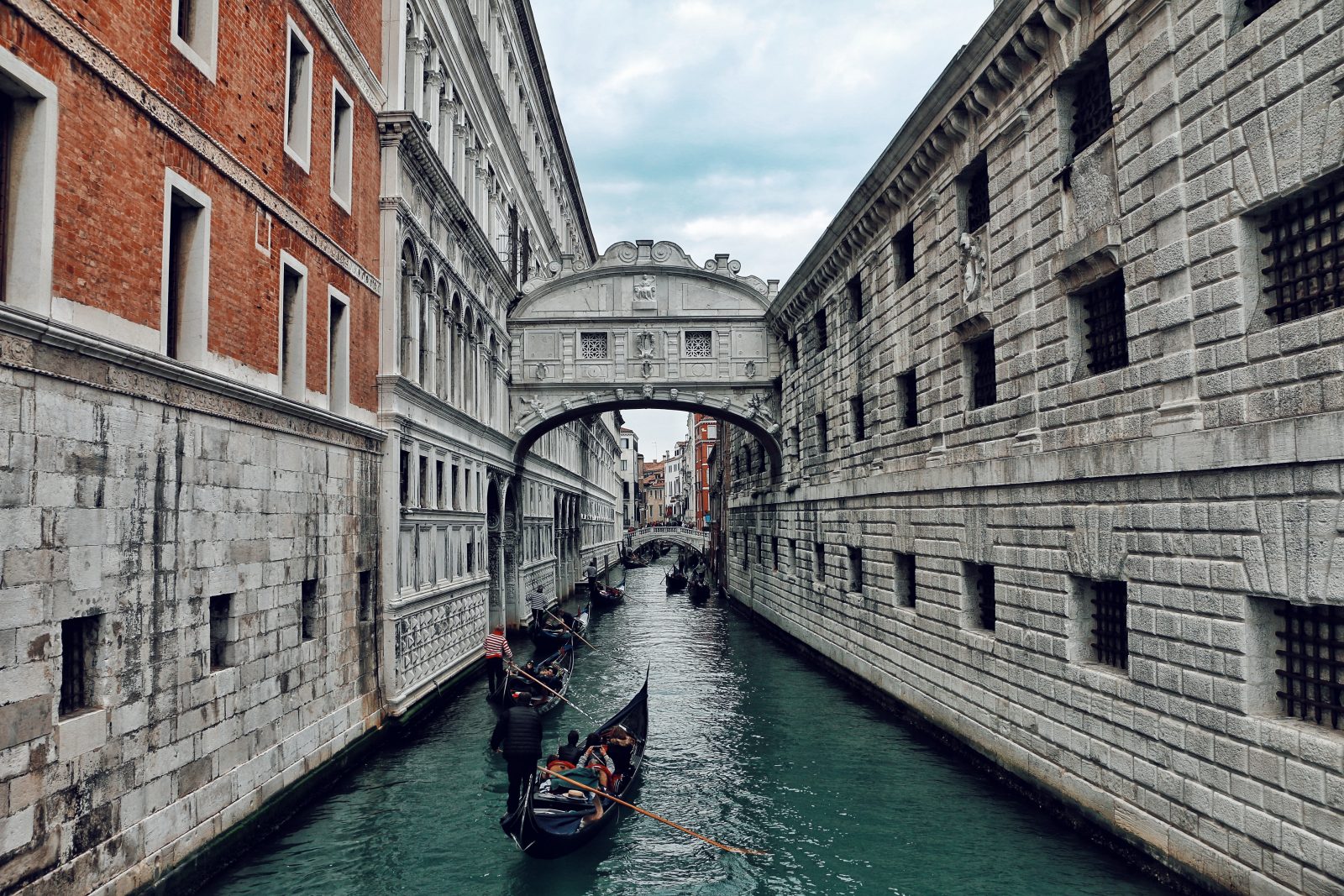 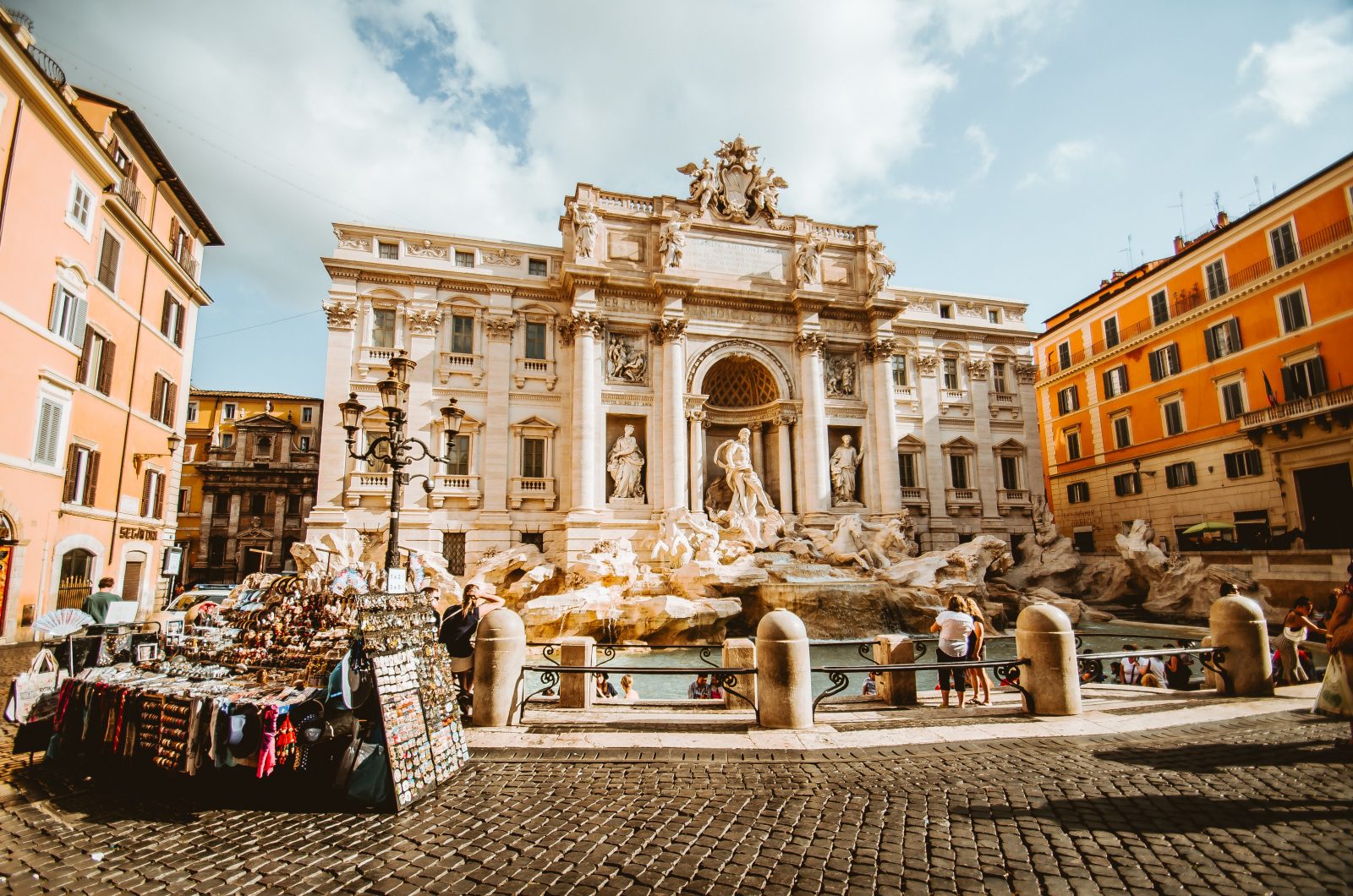