Tour Rome by Foot with a Local Guide 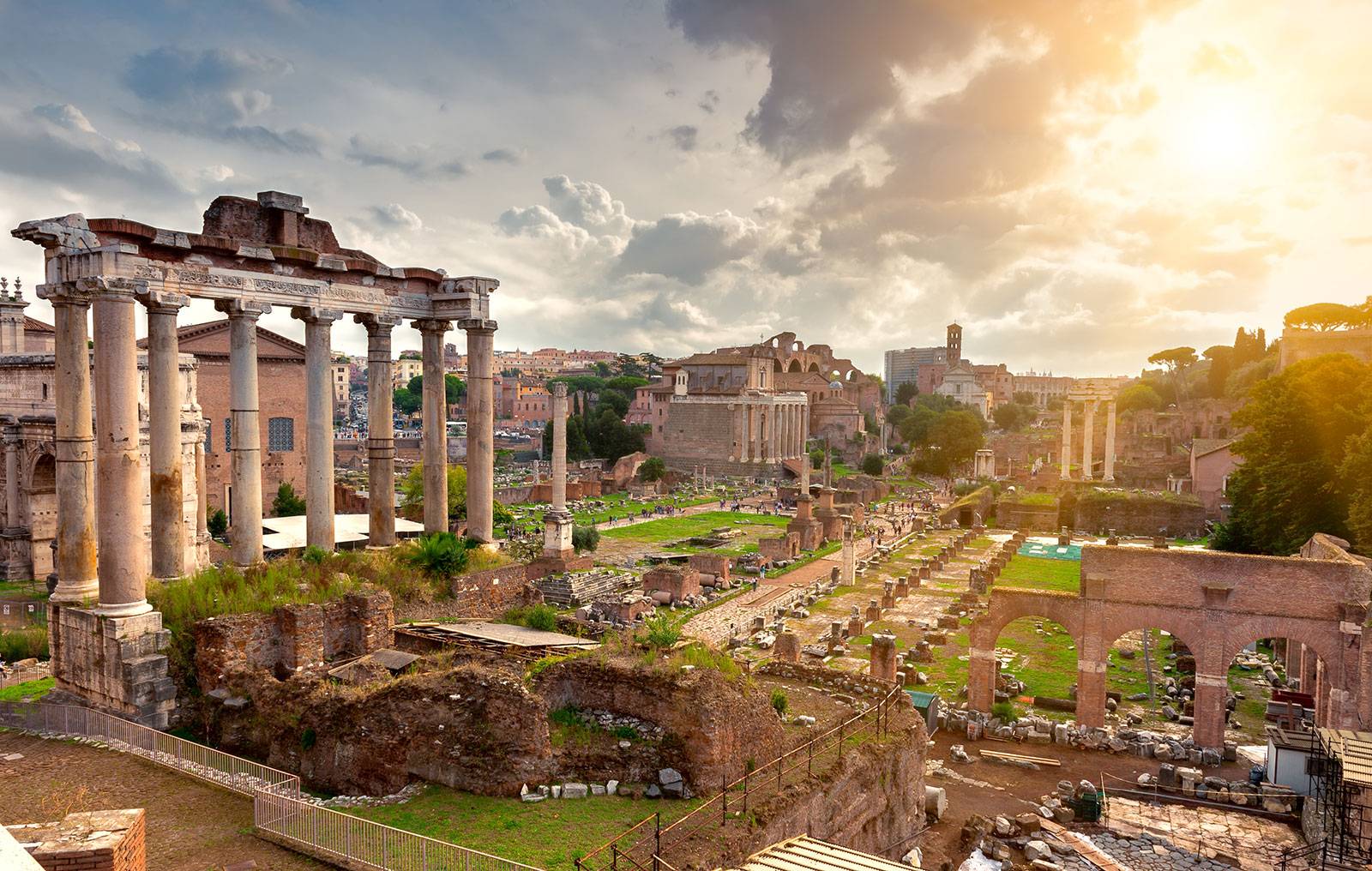 Now you finally have the chance to indulge your inner explorer. But this time, without the fuss of being a lost and confused tourist. Forget the stress of trying to find your way around Rome, our local tour guides have you covered.

Imagine strolling, gliding along the city streets of Rome without a care in the world. Your only job is to be a traveling sponge and soak in all the magnificent elements of history, culture, architecture and social perspective. You don’t bother, you just follow your experienced local guide as they introduce you to Rome in a way only a local can.

An experience with a local professional tour guide who will show you a side of the city you would never otherwise know. Enjoy several hours with your Roman tour guide, as they show you the smallest details of the most intimate parts of Rome. Extensive knowledge from a local’s perspective will bring Rome to life in a way you will not soon forget. 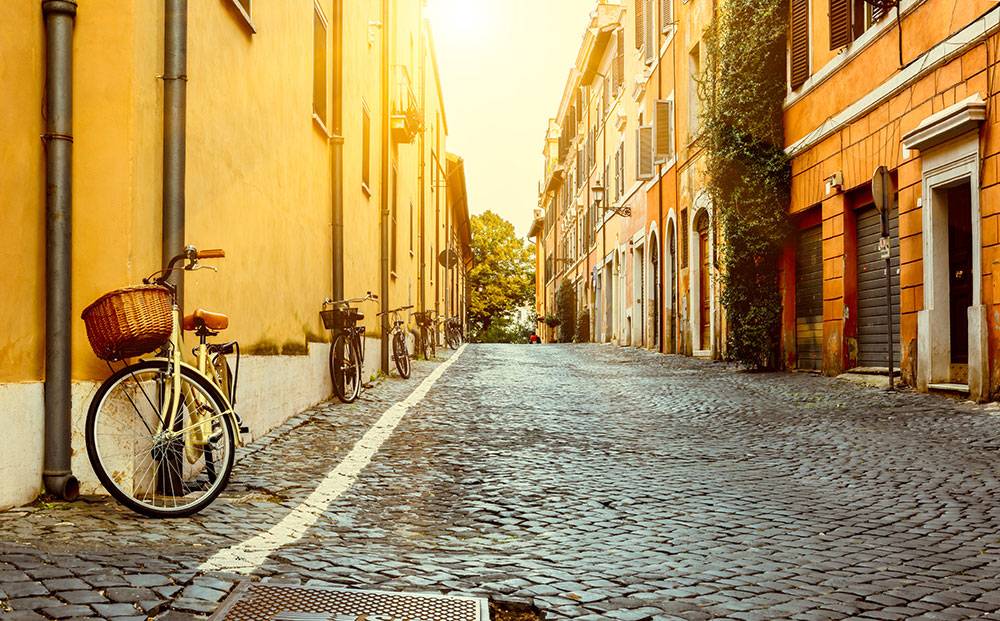 WALK THE STREETS OF ROME

Here are some of the more interesting itineraries, which you can discover while touring Rome:

Classical Squares of Rome – Tour the spaces of the city which make it unique in the world. Squares such as Popolo, Navona and Venezia.

Imperial Rome – Tour the monuments which represent the power that Rome once had, such as the Colosseum and Forum.

Rome for Foodies– Imagine travelling through Rome, stopping at all the specialty shops, and tasting what they have to offer from pizza, coffee, sweets. Yum!

Our tour guides are certified professionals, who live and work in the town they are guiding in, so you know you are getting the most accurate and enjoyable experience.

We can arrange for a half-day, full-day or a more economical group tour. 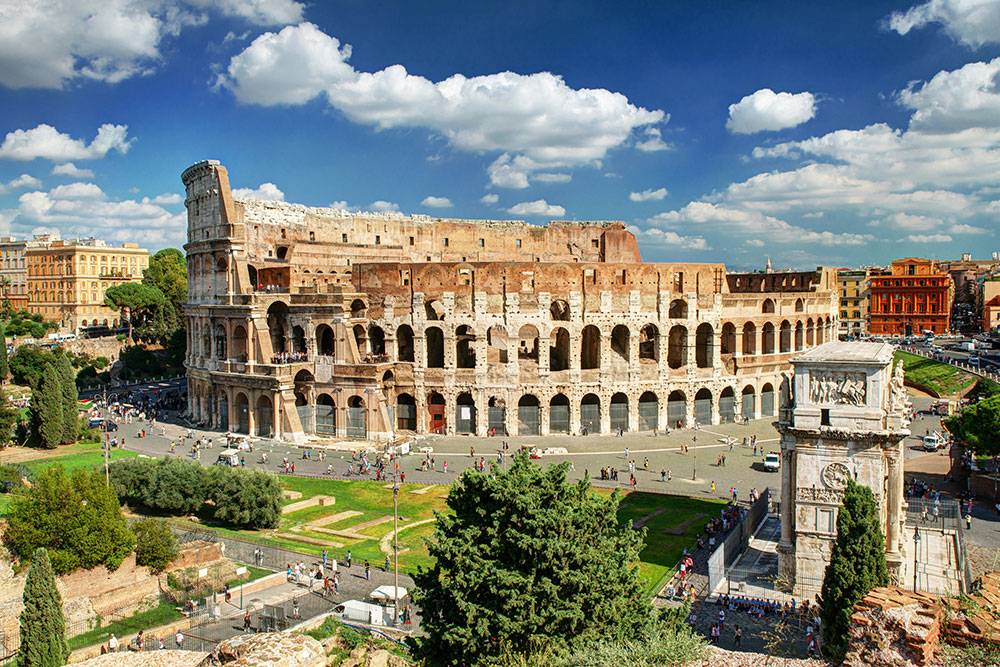 Your guide will meet you at your hotel if it is located in the historical center of Rome and take you on a wonderful experience. The tour starts on Imperial Fora Street, in front of Trajan’s Markets, a visionary complex of 150 shops built by the architect Apollodorus of Damasco about 1900 years ago. Nearby stands the magnificent Column inaugurated by Trajan in AD 113, and celebrates his two campaigns in Dacia (Romania). Spiralling up the column are 2500 marvellously carved figures from the campaigns.

We reach the Capitol, citadel of Rome. A broad flight of steps leads up to Michelangelo’s spectacular Piazza. The absence of cars makes the hill a welcome retreat from the squeal of brakes below. Then we will get to the back terrace of the Palazzo Senatorio, from which we can appreciate a beautiful view of the Roman Forum before visiting its confusing patchwork of ruins. Our next step is in the valley of the Roman Forum, the center of political, commercial and judicial life in Ancient Rome. Here you will be fascinated by the impressive ruins of the Curia, the temples, the triumphal arches, the basilicas… Now it is time to listen to the gladiator combats and the wild beasts hunting’s held in the Colosseum*, Rome’s great amphitheater. It was commissioned by the Emperor Vespasian in AD 72 on the marshy site of a lake in the grounds of Nero’s palace, the Domus Aurea. Its 80 arched entrances allowed access easy access to 55,000. Despite being damaged over the years by neglect and theft, it remains a majestic sight to this day. In the valley of the Colosseum it is interesting to describe the triumphal Arch of Constantine, which was dedicated in AD 315 to celebrate Constantine’s victory 3 years before over his co-emperor, Maxentius. He claimed his victory to a vision of Christ, but there’s nothing Christian about the arch – in fact most of the medallions, relief’s and statues were scavenged from earlier monuments. 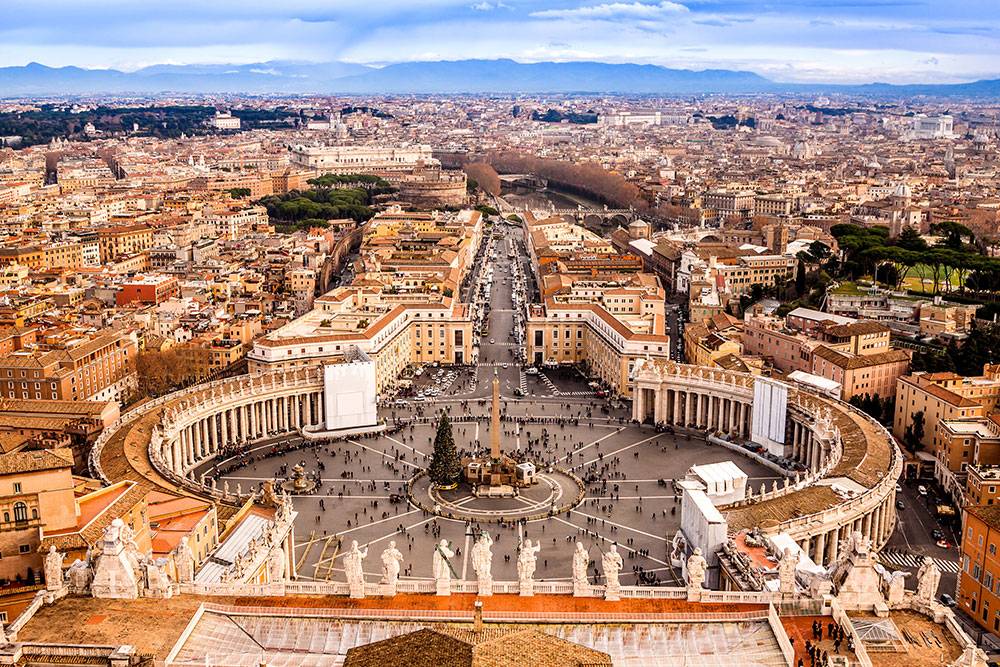 THE HISTORIC SQUARES OF ROME (HALF-DAY)

Your tour guide will meet you at your hotel for a half day of the most interesting exploring around. Starting point: a fascinating part of Rome is for sure considered Campo de’ Fiori and Piazza Farnese, an exciting area for shopping and night life. The Campo de’ Fiori (field of Flora) became one of the most important squares of Rome in the 15th century. The piazza has been a market-place since 1869, and it still has attractive old stalls. In Piazza Farnese there is the most magnificent palace in Rome, Palazzo Farnese. An imposing building that became the prototype for many princely palaces, Palazzo Farnese was originally built for Cardinal Alessandro Farnese, who commissioned the greatest artists of the time to work on its design. Michelangelo collaborated in the design of the building too. It is now the home of the French Embassy. We plunge now into the Baroque marvelous squares of Rome. Piazza Navona follows the shape of Domitian’s Stadium, which once stood on this site. The piazza’s unique appearance and atmosphere were created in the 17th century with Bernini’s addition of the magnificent Fontana dei Fiumi. In any case, no other piazza can rival the theatricality of Piazza Navona. After wandering through this area, we will emerge into Piazza della Rotonda, with its jumble of open-air café tables in front of the Pantheon, the best preserved monument of Imperial Rome. In the Middle Ages the Pantheon, the Roman “temple of all gods”, became a church; in time this magnificent building with its awe-inspiring domed interior became a symbol of Rome. We will then walk up to the Trevi Fountain, one of the city’s most exuberant and successful 18C monuments. There is still a rooted tradition that if you throw a coin into the fountain before your departure from Rome it will bring good luck and ensure your return. We end our tour in Piazza di Spagna, one of the liveliest areas in Rome, drawing throngs of tourists and Romans to its discreet and elegant shops. At the foot of the Spanish Steps lies, half submerged in a swallow pool, the Fontana della Barcaccia (this word means useless, old boat), enlivened by the stone bees of the Pope Urban VIII and completely screened from view by people resting on its rims. 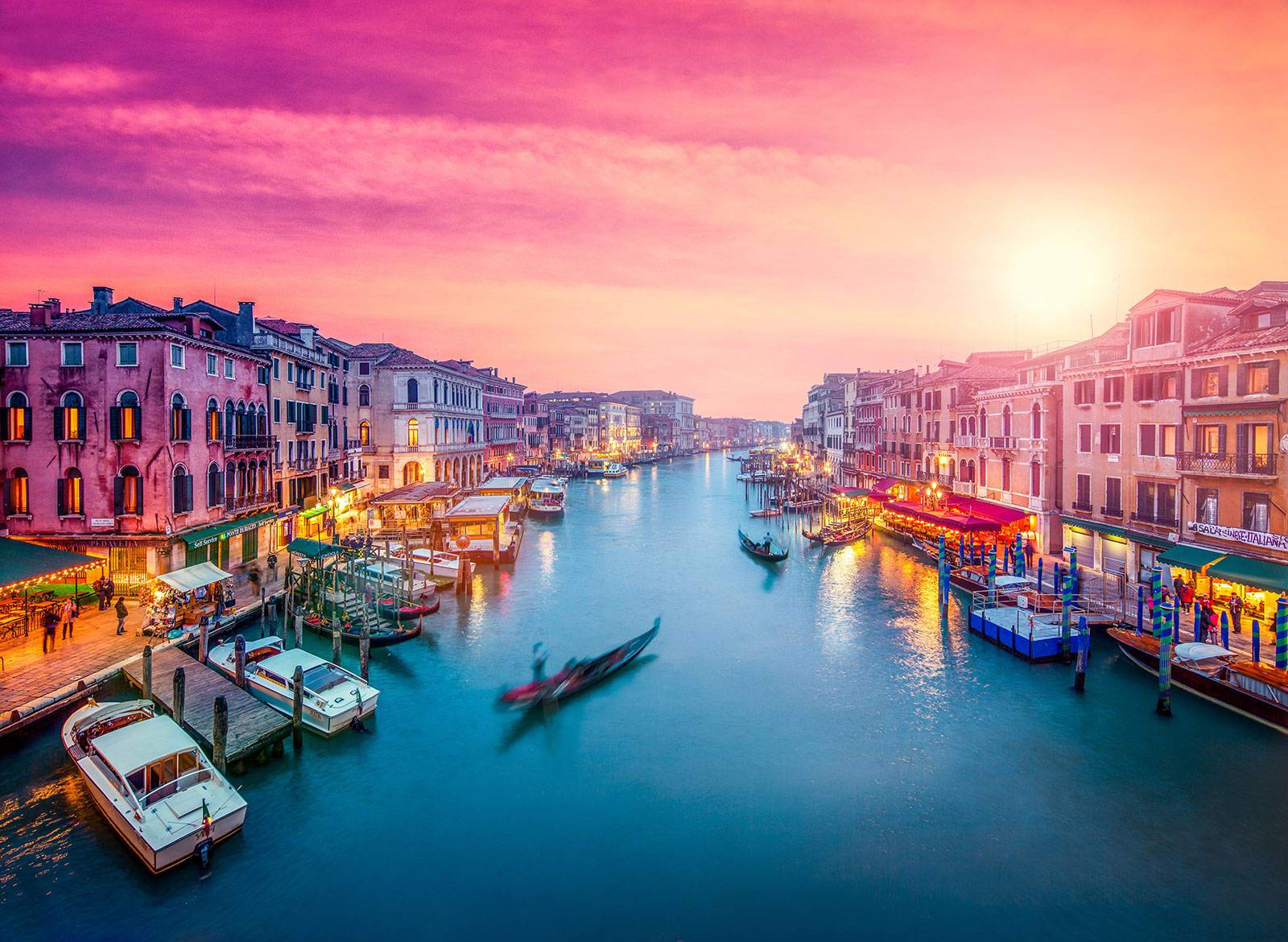 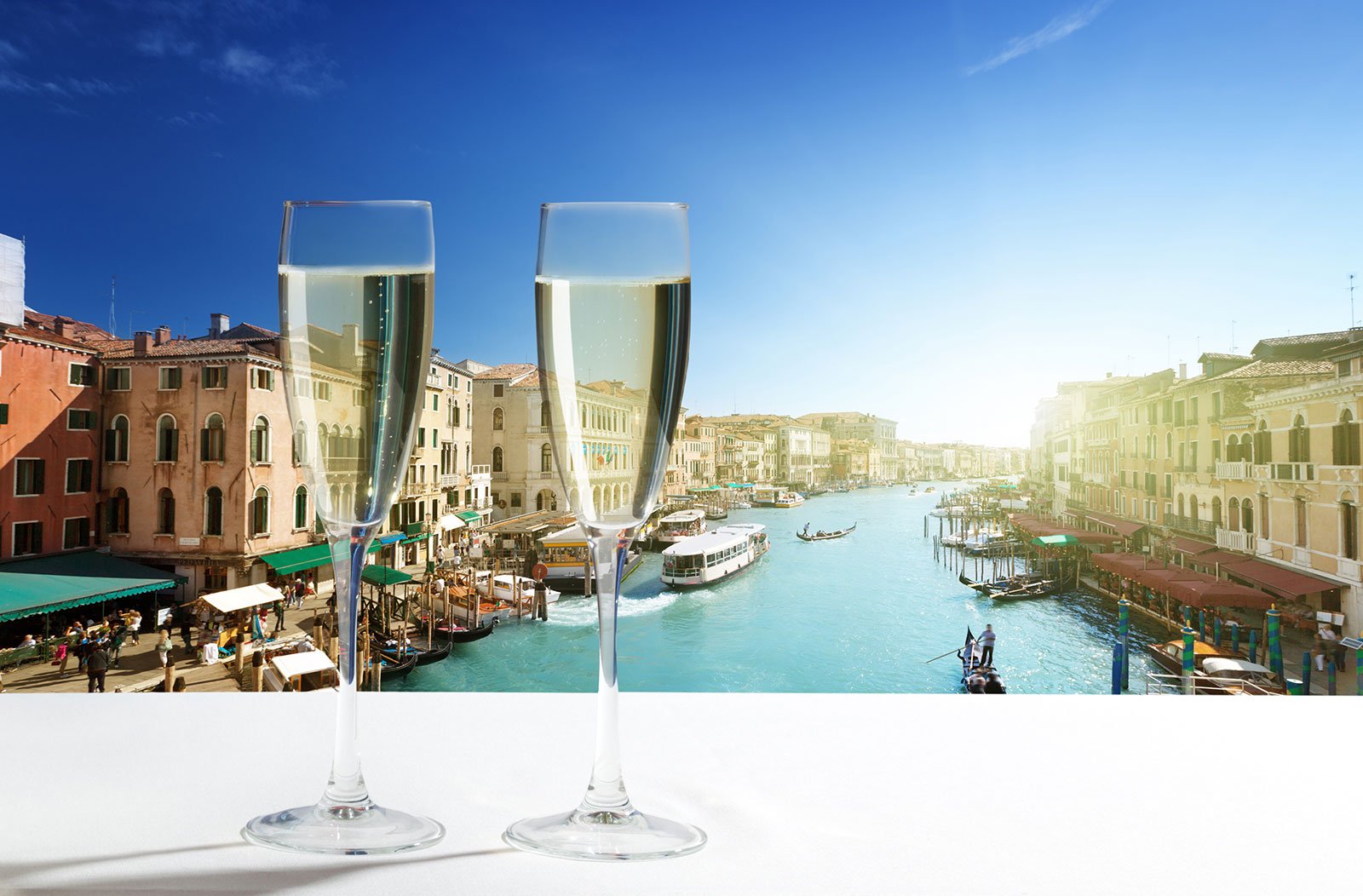 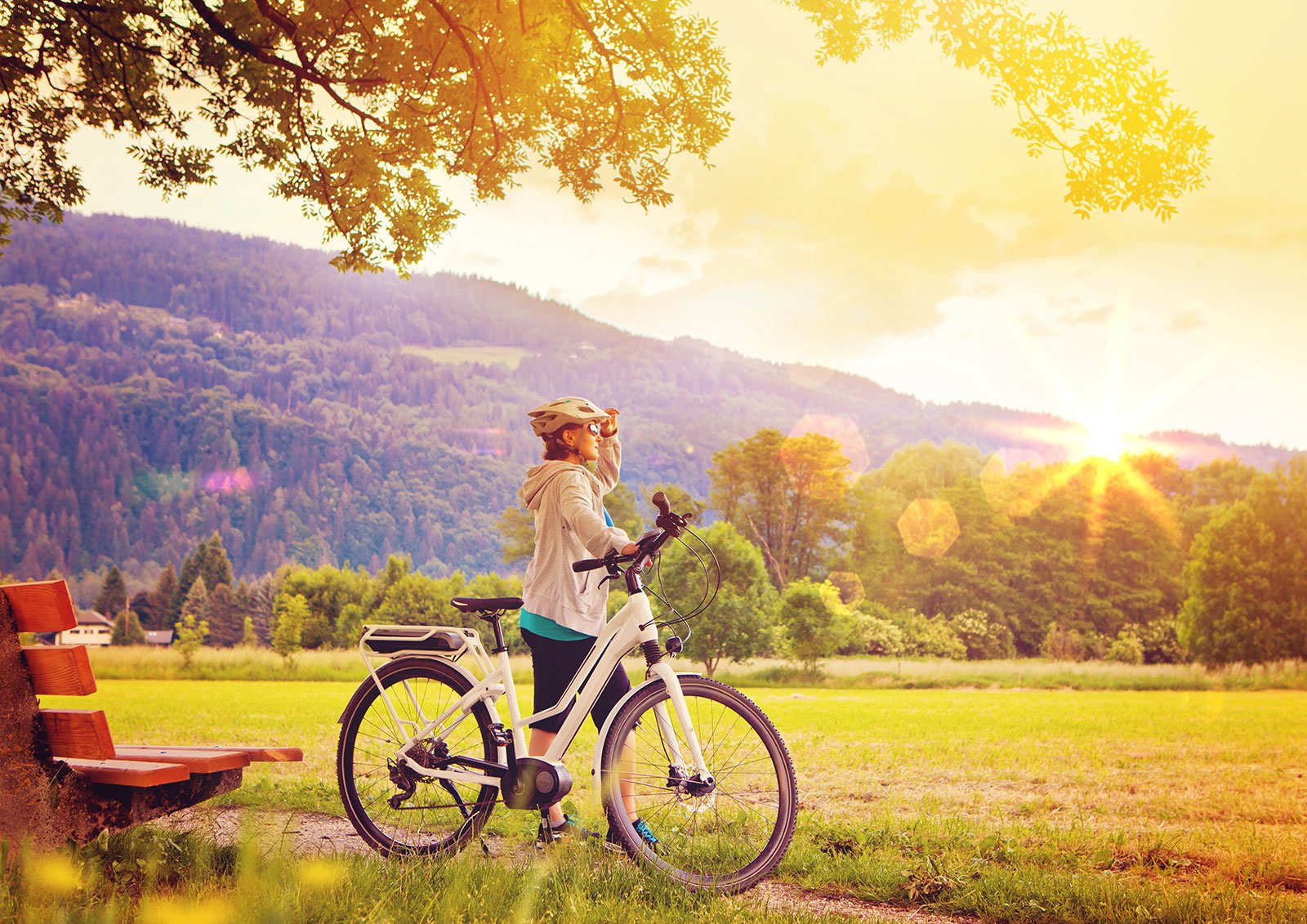 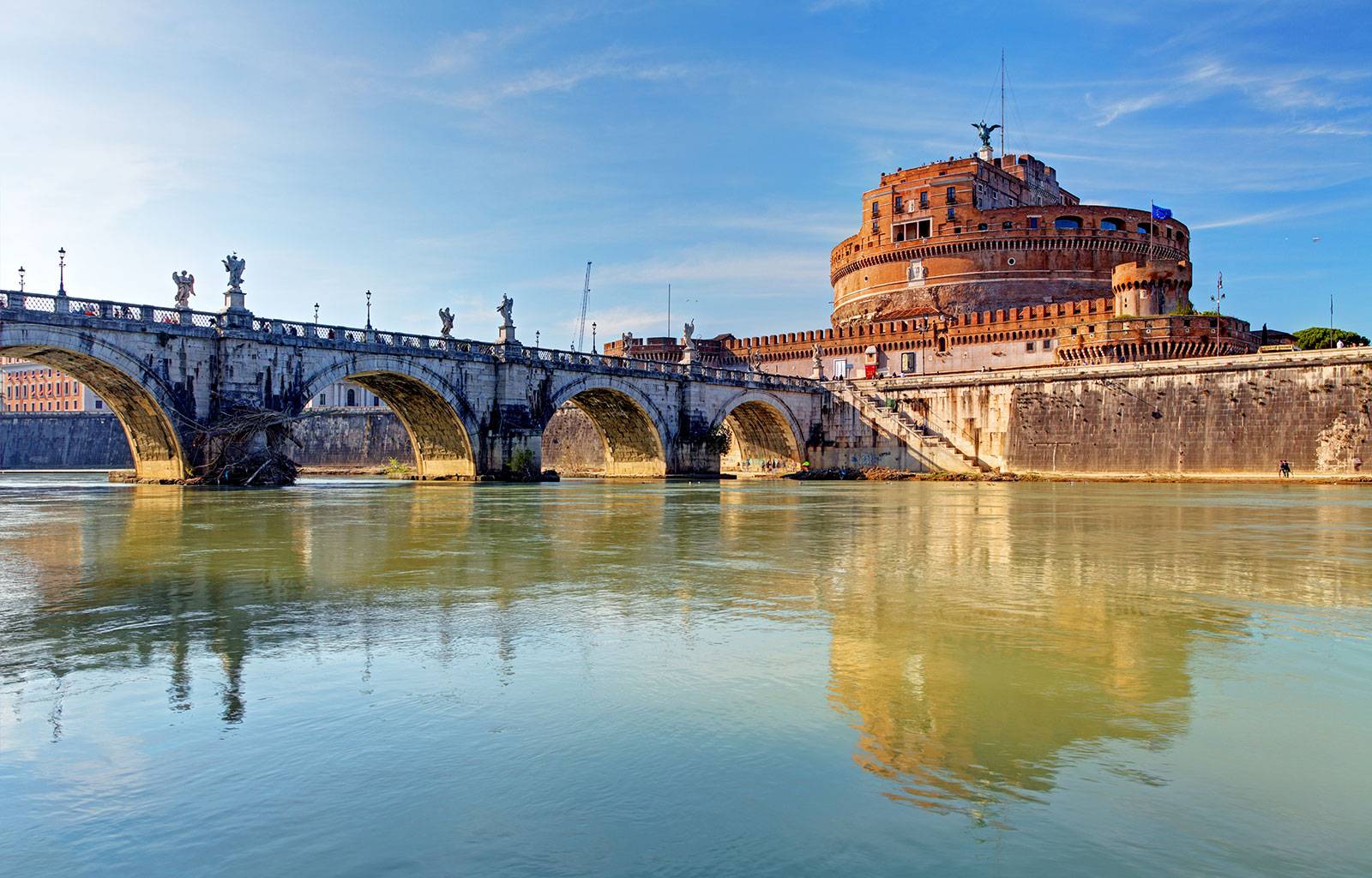 Italy Cruise and Wine on the Tiber River

The Best of Italy and Paris Custom Tour 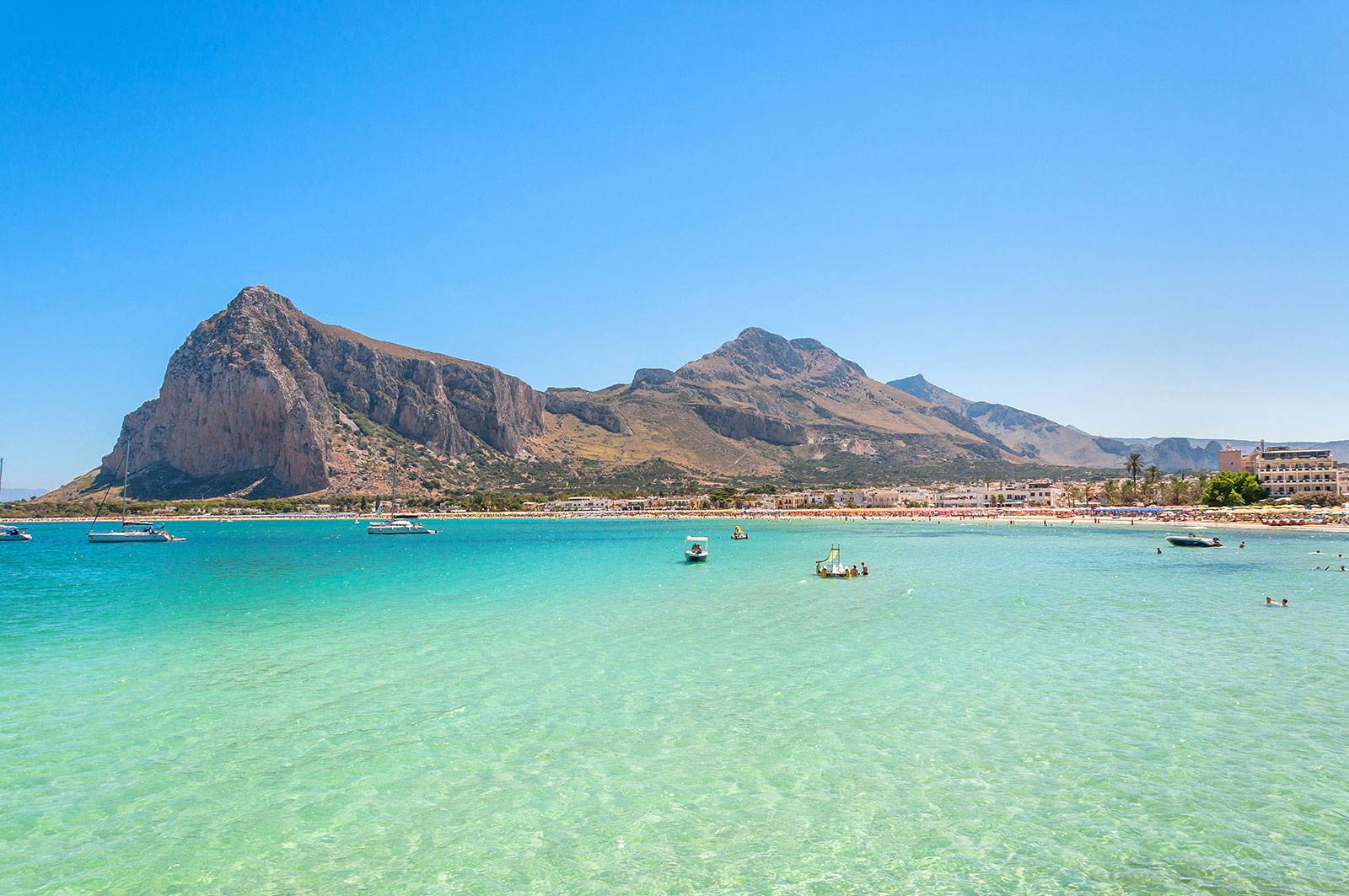 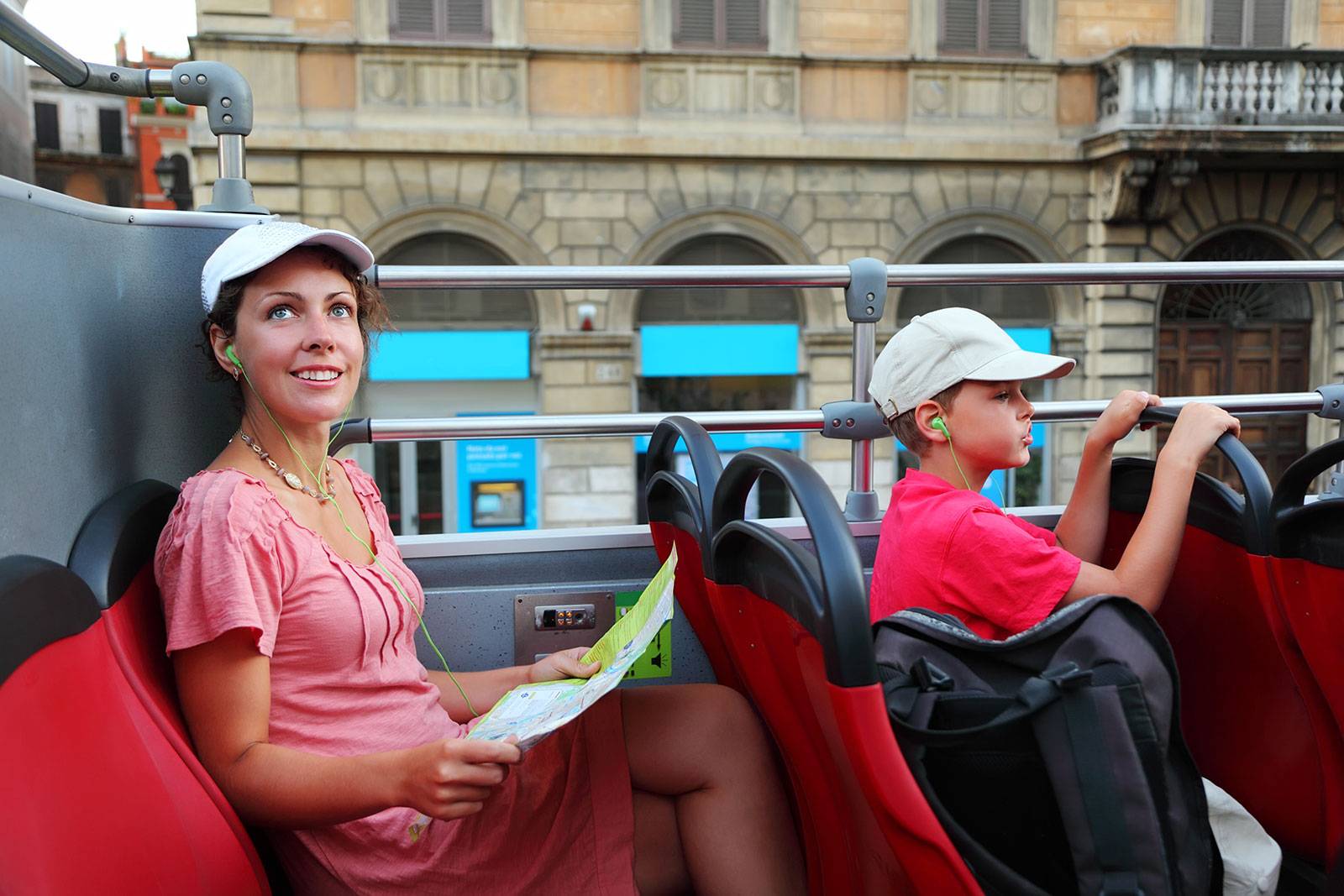 Getting Around Easily – Sightseeing Rome by Hop on Hop off Bus 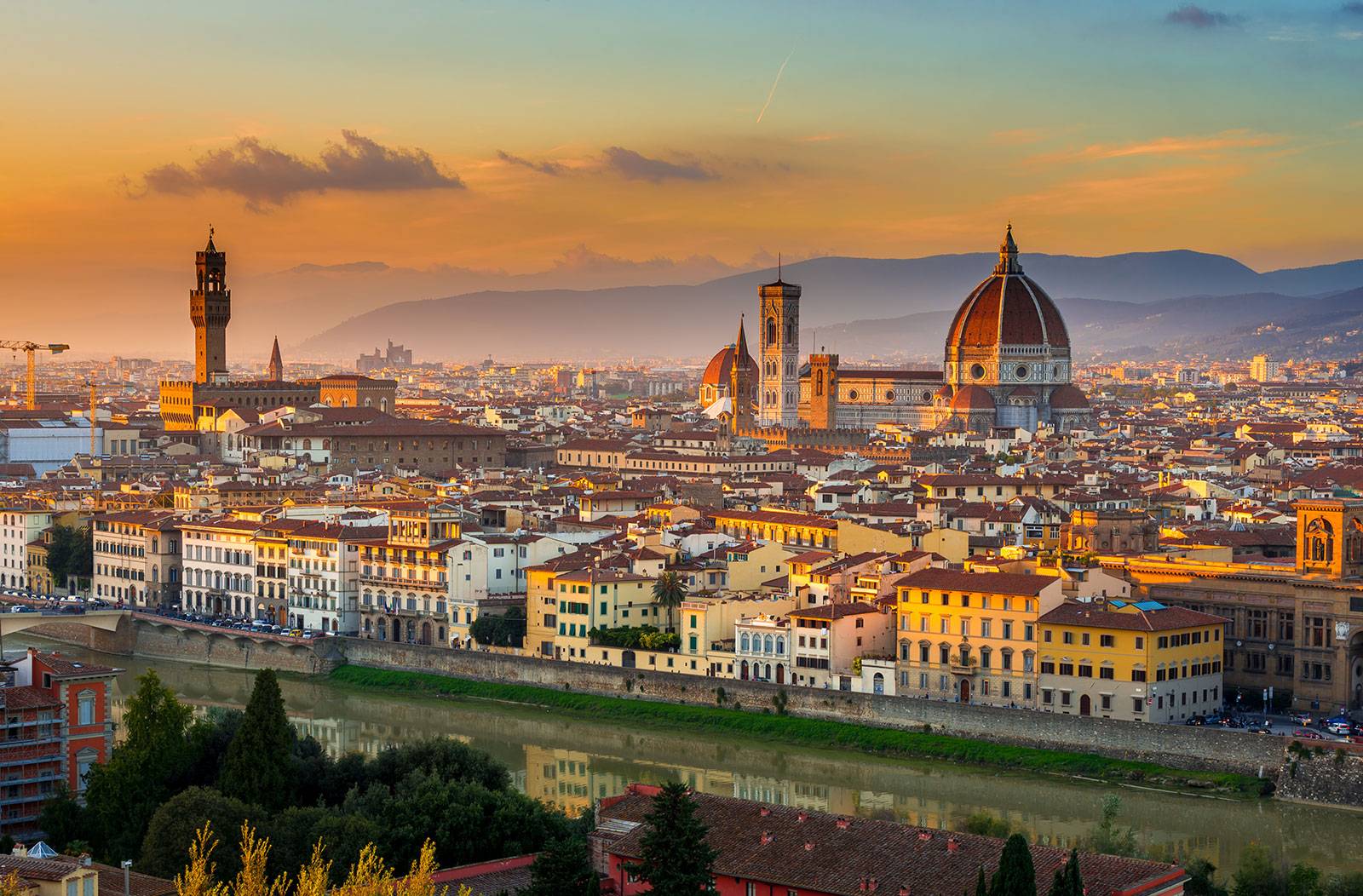